ECONBOARD is a professional company, born with the express purpose of importing into the nautical field ideas of great technological content and innovative.

With its products, built by certified and selected suppliers, Econboard responds efficiently to the most exigent market requirements in terms of versatility, high maneuverability and environmental compatibility. The concrete results are in terms of effective saving of management costs as well as in an increase of the functional capability of the boat.

The designed boats are also able to break down the wave pollution and reduce, or even eliminate, the hydrocarbons emission. The company bases its products on patented ideas, validated by an important research activity and significant experimental tests.

ECONBOARD is a registered trademark.

THE VIDEO OF THE COMPANY: 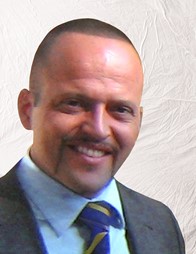 John Scanu is an aerospace engineer since 2004, member of Pisa’s Order of Engineers and of the Technical Register of Naval Construction at the Ministry of Transportation as naval engineer. He is Operation Technician for the notified body “ENAVE” and is also a freelancer in the field of mechanical engineering and robotic naval subsystems design such as entire boats design. He has cooperated extensively with the Department of Aerospace Engineering at the University of Pisa in the field of innovative and unconventional wing-box architectures designs, directly promoted by Airbus.

In 2010 he designed the first Italian hybrid (diesel-electric)  passenger boat according to the new, strictly European regulation 2006/87-EC and, since then, the professional carrier led him to file a first patent on 2012. After that a business growth path followed, that was sponsored by Banca Intesa and the Pontech Incubator of Pontedera (Pisa); This path started with the draft of a business plan, that has achieved great results in the national competitions on innovation and technology, and with a first funding by Regione Toscana through which the first low-wave hull and a first azimuth thruster prototype were built. 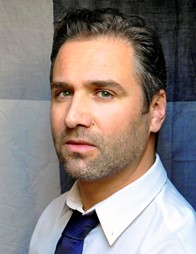 Luca Rivieri is an aerospace engineer since 2004. He graduated at Pisa University with a thesis developed at the Astronautics Department of the Munchen University on the mass preliminary calculation and the powertrain sizing of a satellite. The job was realized by gain mastery of many simulation programs.

He is member of the Order of Engineers of Lucca and of the Technical Register of Naval Construction at the Ministry of Transportation as naval engineer. He is freelancer in the structural and architectural design and is project manager and responsible for worksite safety.

After a work experience abroad he began his career as designer setting up partnerships with geotechnical laboratories, carrying out tests on various raw materials and articles to certify the quality of finished products.

At the same time he deepened its expertise as architectural and structural designer  sizing structures for civil and mechanical engineering, particularly for earthquake-resistant structures.

Since 2007 he hold positions as project manager and safety officer, also dealing with naval and mechanics structural design. 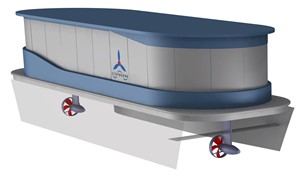 This is DIANAE which, like the variety of insects, that live in rivers estuaries, is able to move freely on water surface. In fact, the unit is equipped with two in-line azimuth thruster, arranged symmetrically around the center of gravity in order to move in pure torque, ensuring performance not achievable by conventional boats.

DIANAE is the result of an extensive research and  experimental activity, for the design of minimum wave hulls, with benefits in terms of drag reduction, and consequently low fuel consumption and wave pollution reduction.

The trim control, at every speed, is constantly monitored and guaranteed through the use of systems that uses aeronautical technologies. The azimuth thrusters propulsion, completely designed by Econboard, uses electric motors and control unit without cooling systems, powered by full electric or hybrid power systems able to minimize the sound pollution. 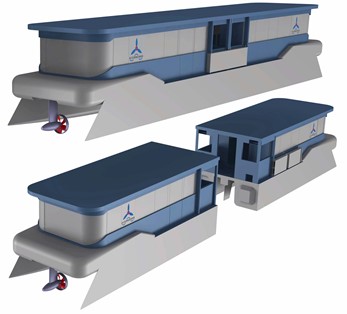 HANNAH is a boat that is formed by the assembly of two sister units, able to satisfy the requirements of flexibility in a revolutionary way.

The user indeed uses two identical and independent boat, but able to be assembled in few minutes as a single boat with double load capacity and controlled by a single operator.

Both the unit coupled and the two sister component boats, are characterized by a propulsion which allow the captain to maneuver in a traditional mode or in a way, we can define, augmented maneuverability mode.

In fact the system simplicity of the most important characteristic of the product.

The thruster ensures rotations up to 180° for an unlimited maneuverability and ensures the ability to automatically raise the thruster from water. This allow a long lifetime and easy maintenances.

Some design decisions make it a product of high market value. The low energy required for the operation, a result of the particular geometric shape, makes it a very environmentally friendly product. The system suits with ease to repower existing hulls. 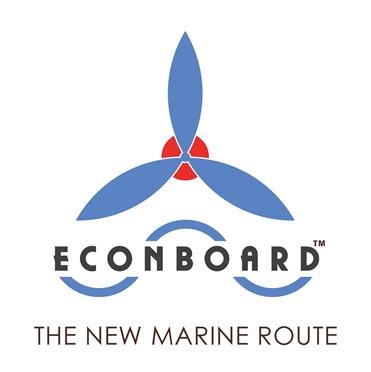 Econboard aims to simplify the work of those who go by sea or sail through inland waters with people-friendly and respectful of nature products and technologies. Being truly environmentally friendly is what drives the company, the message it pursues while not forgetting the importance of its technology. We take in high consideration our traditions as well, we know too well that none can treat the sea as an equal. We do not fear the New and are confident that work always pays back.

And if you work with devotion, professionalism and above all with passion, putting all your resources and never missing the goal, it pays a lot more and better.

Econboard absolutely believes that being successful in what you do is essential first of all to establish your goal. Staying on course and sticking to the plan is the key to achieve a true success.

Following your mission with no distractions, fixing close targets and giving all you have to reach them, never deviating, is necessary to get a right and real return that comes from the quality of products, the company's strength but above all the satisfaction of hearing people speaking highly of you and your work.